Year 5 pupils have been learning about rainforests around the world with a particular focus on the Amazon. One of the lessons involved the pupils hearing about a story in which a person survived being lost in the jungle by being able to purify water from the Amazon and making it safe to drink. Pupils were then challenged to work in groups to design a plan which would help them to provide safe drinking water using only a handful of items in their 'backpack.' The pupils really enjoyed the lesson before carrying out the experiment in the next lesson.

Year 5 pupils have really enjoyed learning about the Anglo-Saxons. To begin the topic, pupils took part in a 'learning market' in which each group studied a different aspect of the Anglo-Saxons before trading information with other groups. The lesson provided a great opportunity for speaking and listening, as well as learning a lot about the historical period.

Pupils have also gathered food from the school allotment and helped to prepare a nutritious vegetable soup as would have been eaten in Anglo-Saxon times.

Finally, pupils recently enjoyed a visit from Delve Into History where our leader, Del, guided the Year 5 pupils through a workshop which included looking at and sketching Anglo-Saxon artefacts, dressing up in Anglo-Saxon clothing and working together to solve Anglo-Saxon riddles.

Take a look at our latest pictures and tune in for more updates. 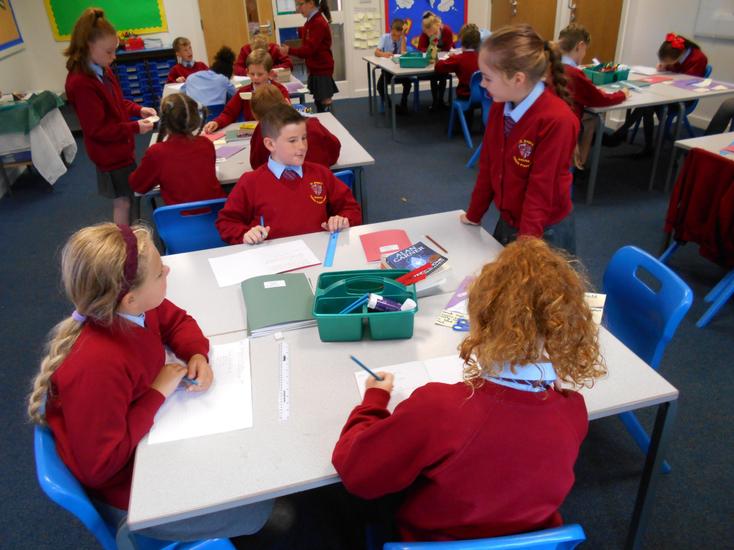 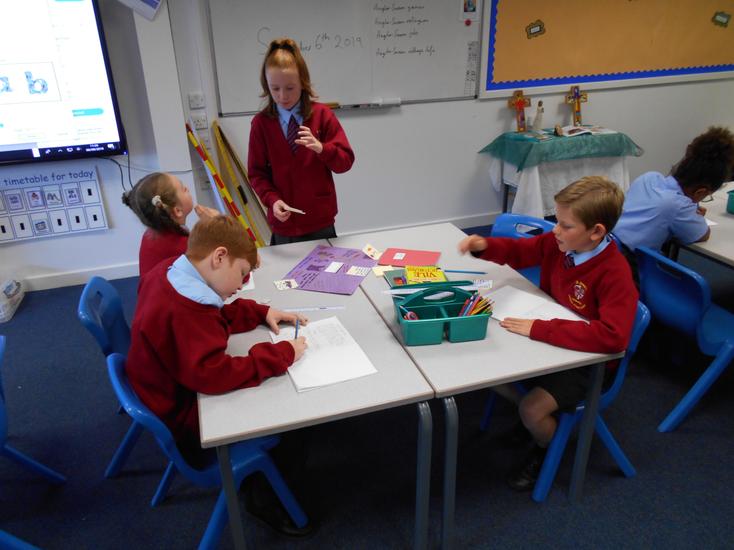 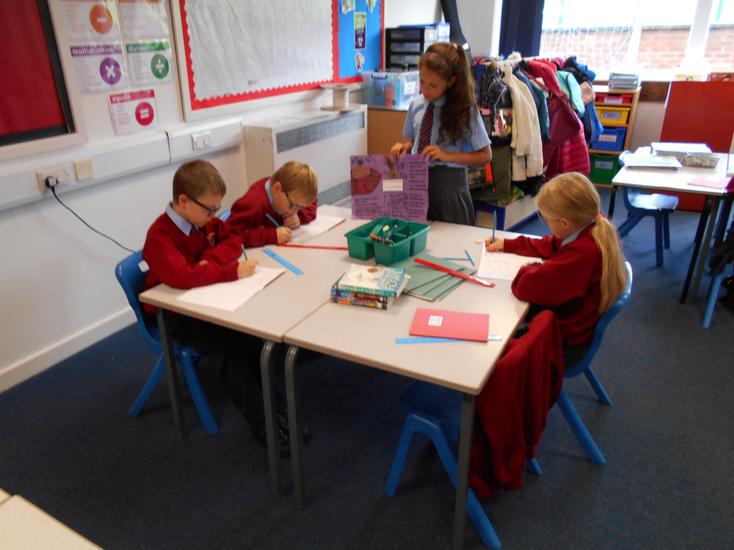 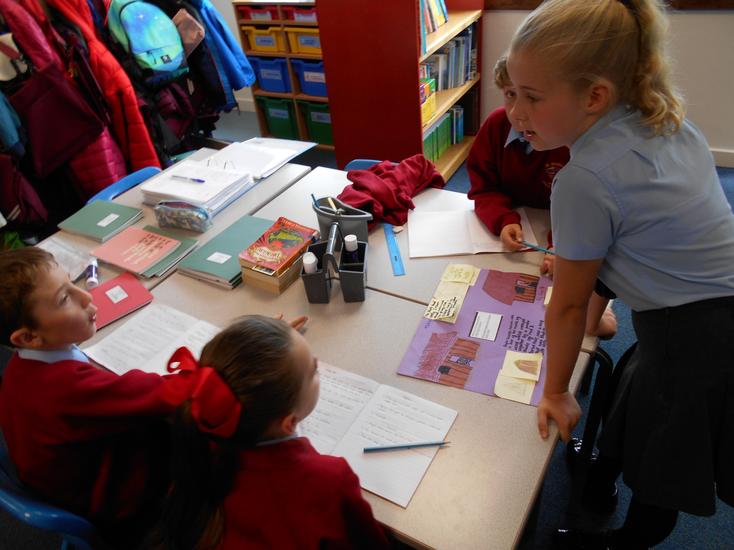 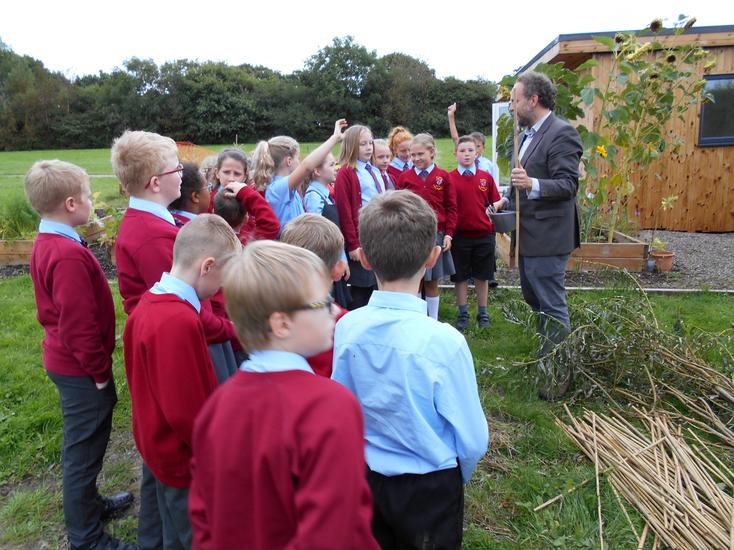 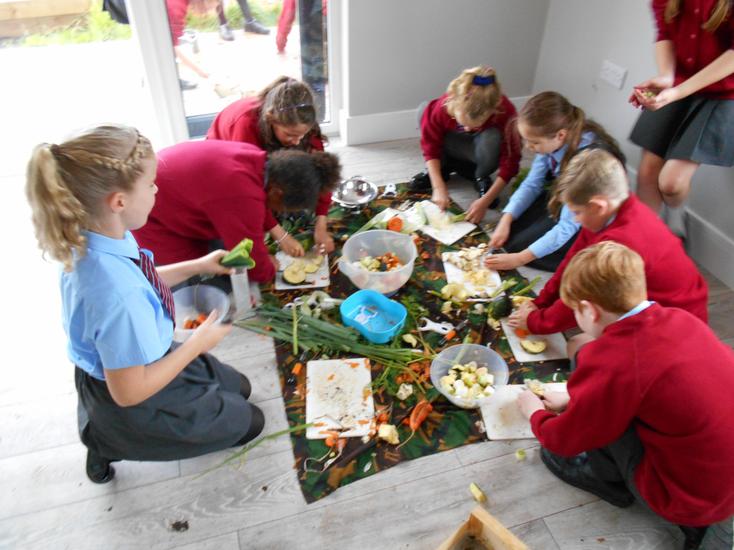 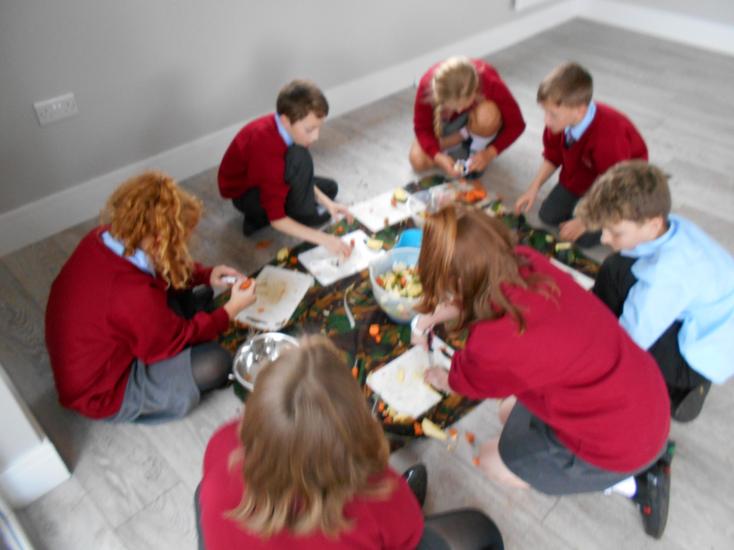 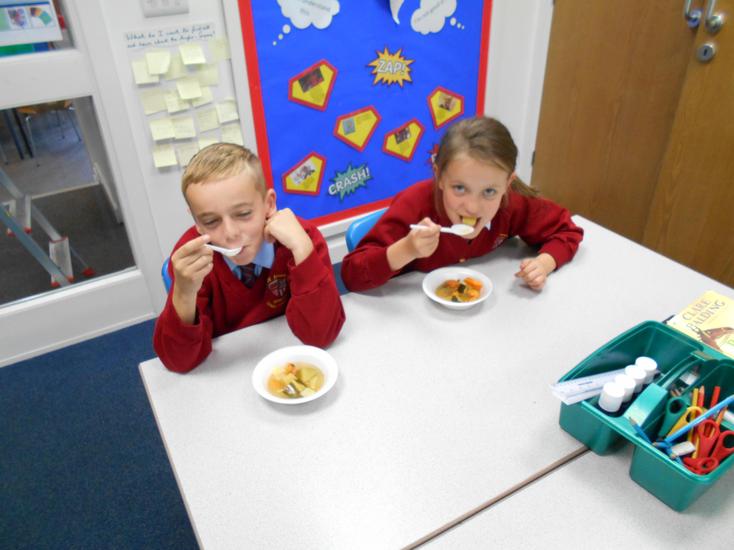 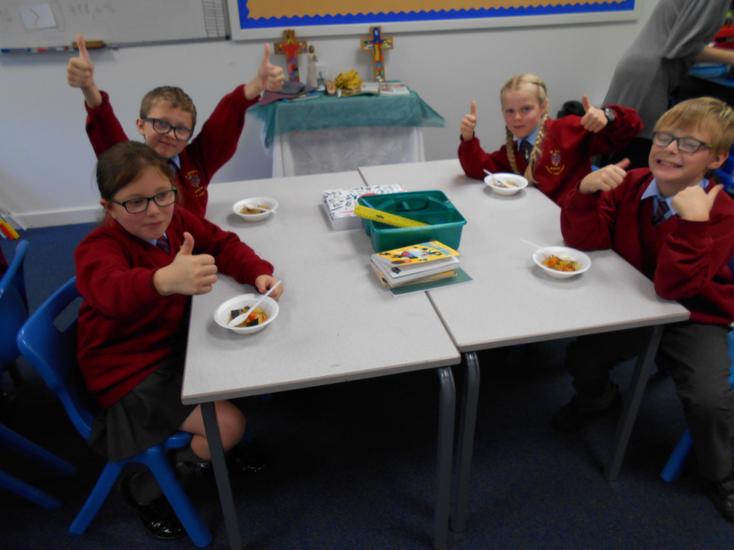 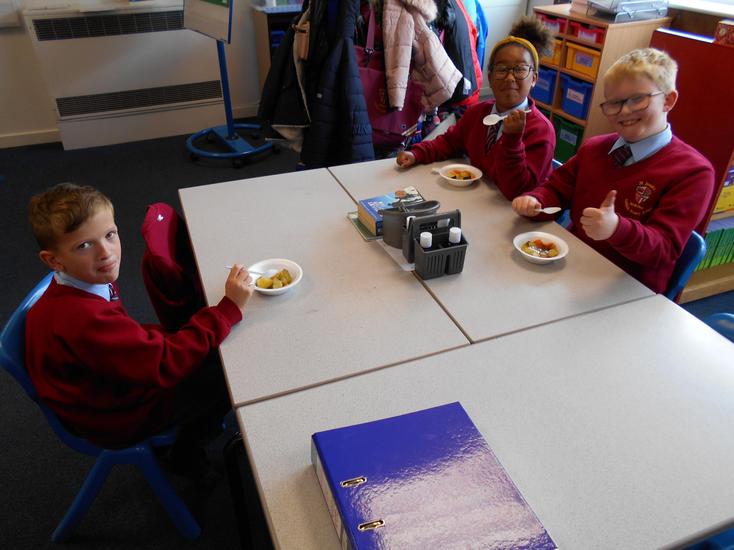 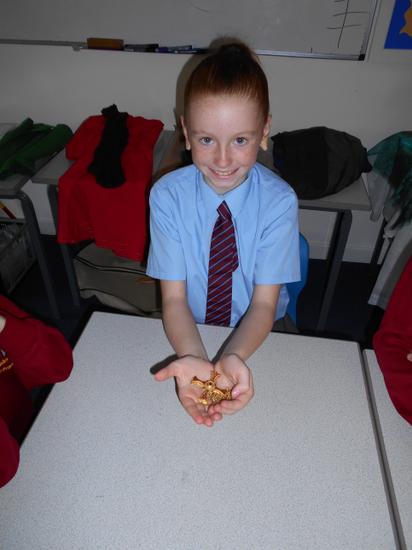 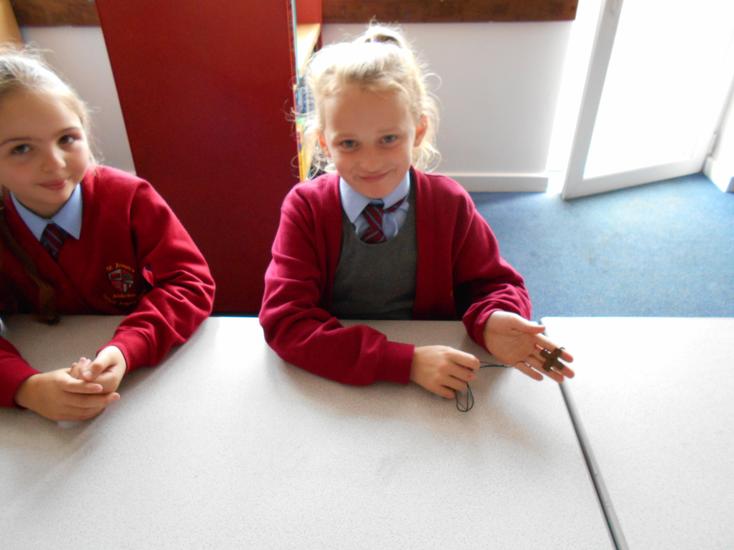 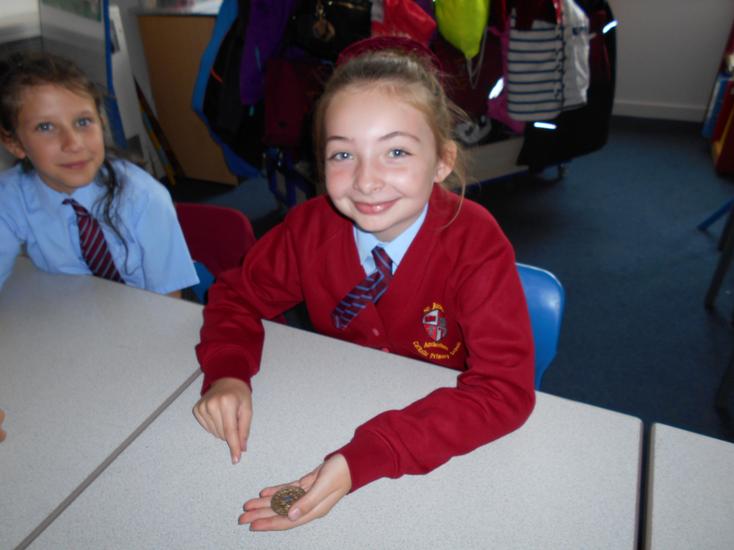 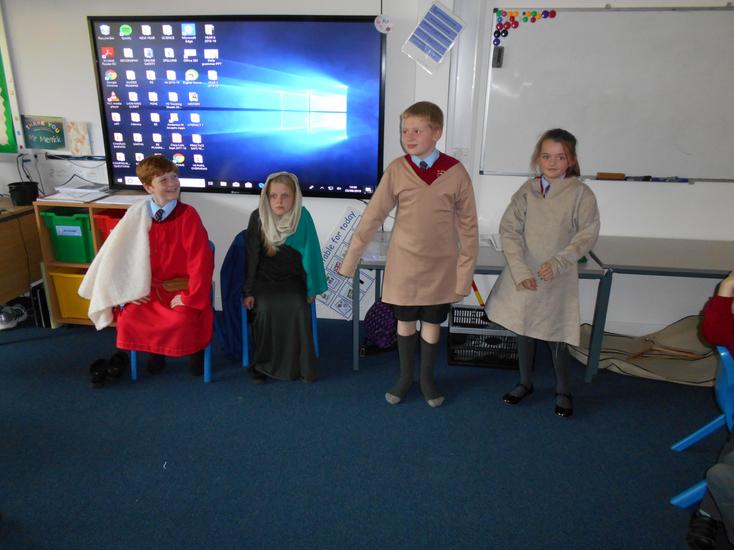 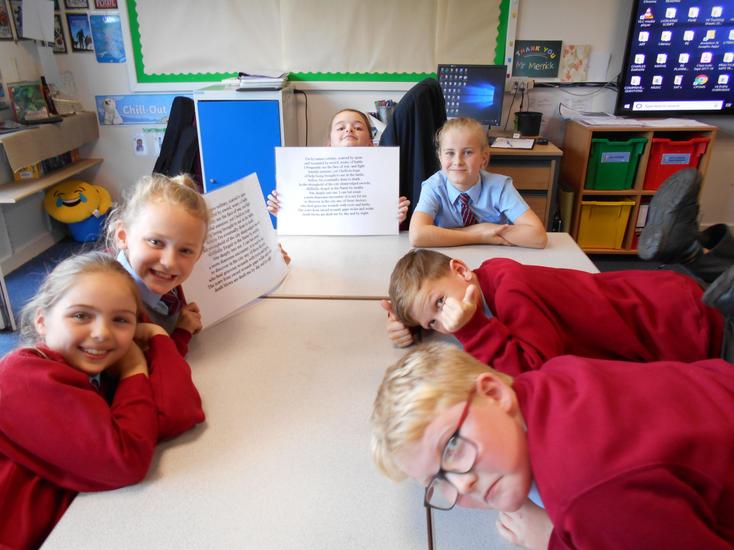 Year 5 pupils recently enjoyed a visit from Keith Parkinson of the TIME project. Keith shared photos of his own art exhibition and a story of a family member who served in World War One. Keith then talked about Anglo-Saxon archaeological discoveries which included some fantastic jewellery which then inspired the pupils to design their own designs.

Year 5 pupils also learnt about illuminated art which was much in use during Anglo-Saxon times. The children worked extremely hard to create their own letters based on the first letter of their name.

Take a look at the photos of what was a brilliant morning of art work covering a lot of skills.

Year 5 pupils have been exploring different solid materials and how they change when they come into contact with hot or cold liquids. Pupils have shown shown excellent investigative and observational skills through the experiments they have conducted. The children have improved their knowledge and understanding of reversible and irreversible changes.

Take a look at the photos and videos of the science lessons we have covered so far. Some of the experiments were quite explosive!

Year 5 pupils thoroughly enjoyed working collaboratively to plan and create their own animations based on road safety. Pupils learnt and used a range of techniques to help them complete their projects. At the end of the unit, the pupils watched and reviewed the completed work of each group.